ACES was founded in 1983 by Dr Izz Eddin Katkhuda and Dr Omar Abdulhadi in a small office in Amman, Jordan. In addition to the founders, the company consisted of one part-time secretary, a rented drill rig and a beaten-down pickup truck. These humble beginnings proved to be a solid foundation for growth as ACES today has over 2,000 employees, 150 drilling rigs, and over 18,000m2 of operational laboratory, workshop and office space. 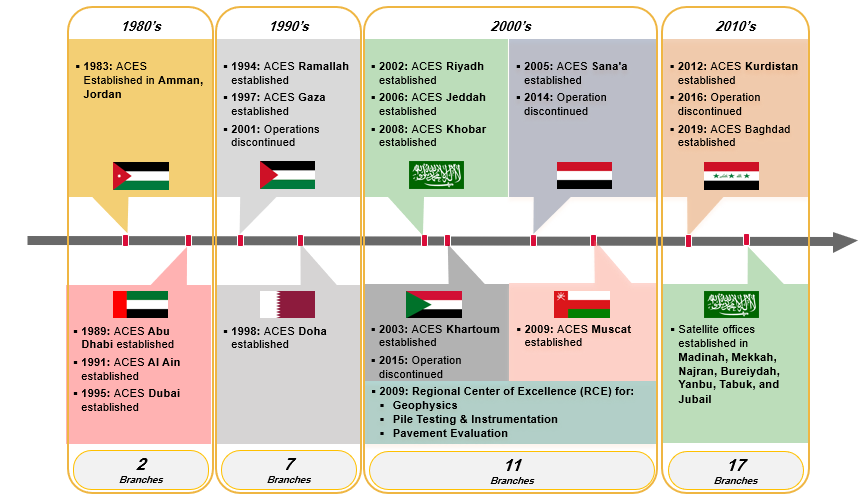 Throughout the past 35 years, we have been honored to be at the forefront of the Middle East’s economic boom through our contribution to enhancing the region’s engineering codes and best practices, providing technical expertise to the region’s landmark projects (including the world two tallest buildings), and training generations of young engineers to become community leaders in the society at large.

Our founder’s values, entrepreneurial spirit, and commitment to excellence are espoused in every member of the ACES team and stand as the basis to our continued pursuit of growth and community enablement.