The co-founders, Dr. Izz Eddin Katkhuda and Dr. Omar Abdulhadi, who acted as co-CEOs since 1983 and led ACES succesfuly to become the regional leader in its field of operations, will serve as members of the board of directors and will continue to support and oversee ACES performance and guide its strategic direction.

Dr. Naeem Abdulhadi and Eng. Izzat Katkhuda held the position of Deputy CEOs of ACES Group during the past 7 years where they have implemented key internal structural improvements and managed to elevate the company’s capabilities, performance, structure and governance during this period, to international standards.

Eng. Izzat Katkhuda joined ACES Group in 2011 and has held multiple technical and managerial positions. Eng. Izzat obtained his Bachelors and Masters degrees in Civil and Geotechnical Engineering from Northwestern University in the USA, and his Master’s degree in Business Administration (MBA) from INSEAD in France. He has worked with leading engineering and stategy consulting companies in the USA and the Middle East.

The appointment of the co-CEOs will help ACES achieve its long term vision on the path of continued growth and transform it into a global player. 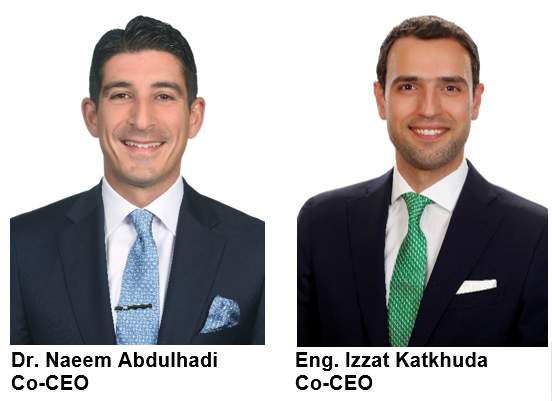