ACES is pleased to announce that ACES Co-Founder and Director, Dr. Omar Abdulhadi, was awarded the honorary doctorate degree from Birzeit University for his contributions to Palestine and his efforts toward the advancement of Palestinian institutions. The awarding took place during the university 44th graduation ceremony on 21 June 2019. 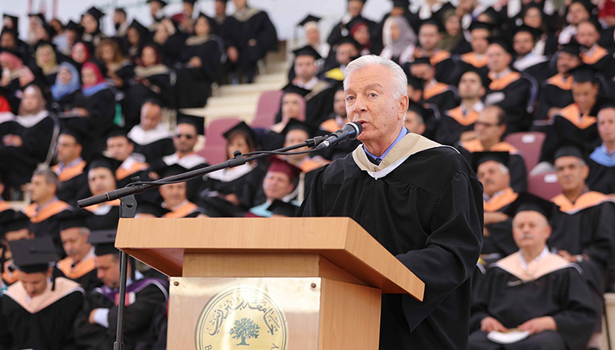 Dr. Abdulhadi expressed his pride in his honorary doctorate that he received from Birzeit University. “The doctorate that I have been awarded today made me happier than when I received my doctorate in civil engineering from the University of California, Berkeley in the USA forty years ago.”